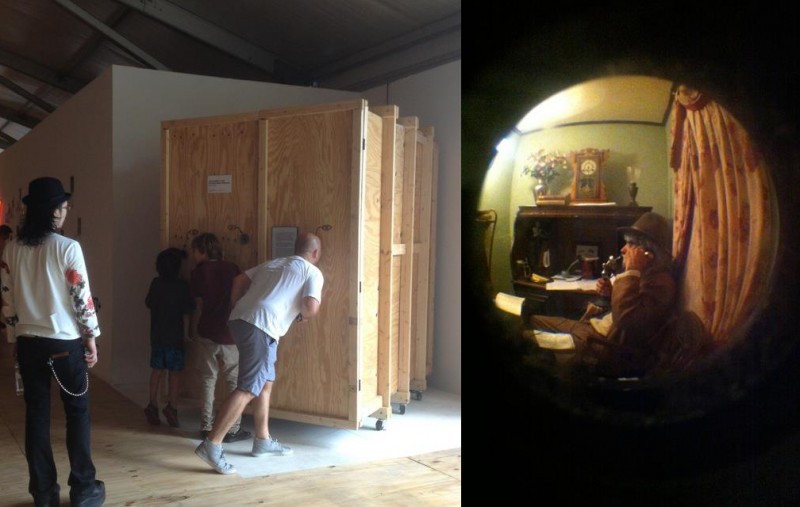 It is proposed to create a recessed space within the Fair, of 5′ width, approximately 10 ft. deep that is arranged as a ‘tableau vivant of a late 19th century room in subdued sepia tones, occupied by an ageing Walt Whitman who appears to be writing at his desk, and, when called, speaking to fair-goers from a 1902 style telephone in the room.

The room and it s occupant can be seen only by peering into stereoscopic visors built into the wall at the visually accessible end of the space; viewers may call Wallt Whitman on the phone ( depending on how the technology aligns) , either through their own cel phones, or preferably, by using a device set into the wall with the stereoscopic viewers, like the apartment building intercoms that can call (building occupants) on their phones, and speak to them via a sqwak box. (Which would allow the conversations to be heard by people standing nearby.

The intent here is to create an interactive event that can function on several levels:

1. To engage fair-goers in an interactive art event that is immediate and spontaneous: literally ‘an experience’ meant to add some degree of engagement in an event that is mostly made up of booths with objects for sale.

2.To evoque an engagement with a particularly soulful and revolutionary person of the past; and not without intention, a person who became a poet after trying more conventional avenues of social participation.

3. To use the evoquation of this particular poet because of aspects of the era he lived in: one that included revolutionary technological advances, saw the rise of a rapacious class of new wealth alongside a wide gap in wealth distribution, and one that included a divisive even polarized political climate that ended in (the American Civil) war.

Whitman’s ‘Leaves of Grass’ considered by many to have been ‘obscene’ in it s time, represents an early expression of homosexual love in American history, and he was a contemporary of Oscar Wilde, whom he met not long before they both died.

Whitman’s well-known work with the wounded soldier’s of the Civil War are a testament to his compassionate social conscience, which must be seen as nearly as courageous as his willingness to express his emotional and sexual orientation in those days because it was typically the well-off who devoted themselves to altruistic work of this kind.

Whitman’s commitment to the human spirit, and not least in a tumultuously risky time, render him a particularly admirable individual in the modern and contemporary context, and this relevance becomes all the more important in an era when we tend to admire and study captains of industry and corporate innovation, over the artists and poets who set the strongest foundations for the artistic achievements of our culture. 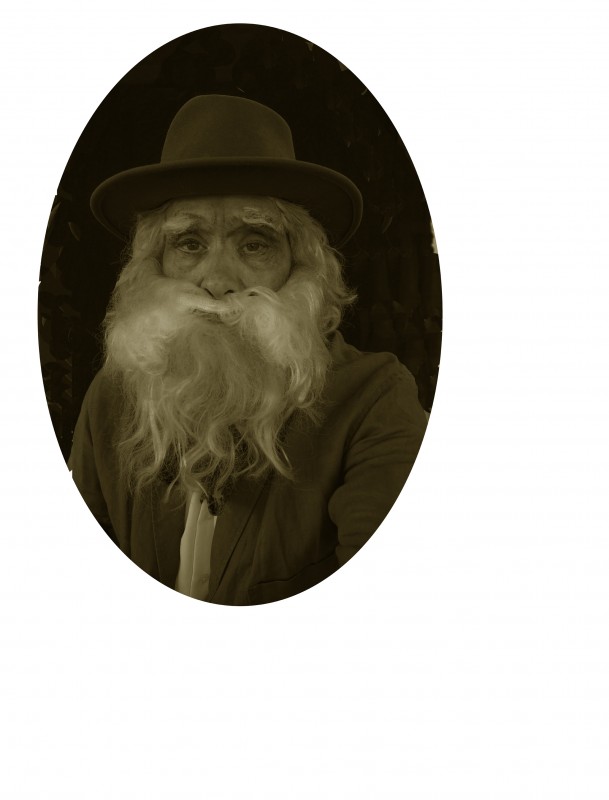