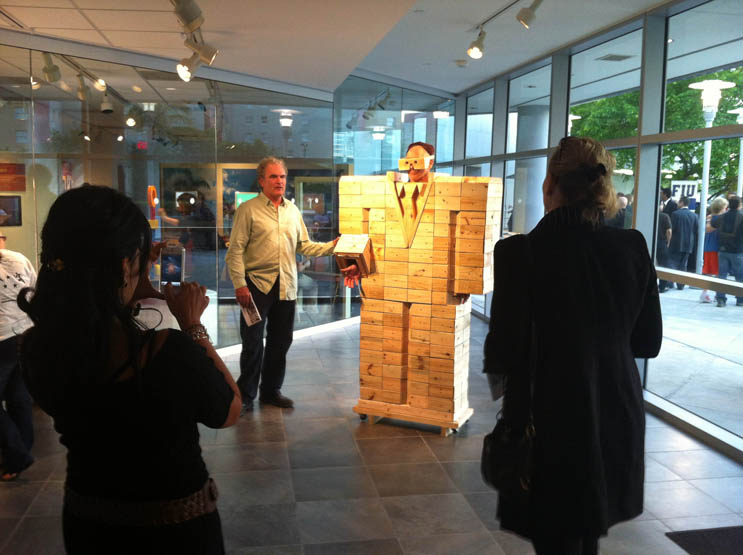 the Piece came out of two related concerns:

The emblematic male dress model of the ‘suit’: a matching costume of pants and jacket, usually rendered in a proscribed somber color. This uniform turns out to be a defining construct of male gender definition that in some ways contradicts, and in others, reinforces, the parameters of the male myth.

2.   The accepted form of physical interaction proscribed in the somber male world, in other words, the handshake: A limited even controlled measure of touch which is formal and rigid, one that can be delivered as a friendly, antagonistic, even derisive tone, and one that in spite of it s apparently limited scope, does nonetheless incorporate center palm to center palm ‘chakra’ contact. As many know, Eastern philosophy and medicine incorporates the concept pf physical body ‘chakras; that are considered to be portals for the reception and projection of electro-magnetic or psychic energy that these systems consider to be part of the entic construct.

Anyone who has looked closely at a man s suit jacket quickly notices that the padded shoulders, chest, and other nuances of tailoring, the system of buttoning below the chest, the flaps or vents below the waist, all shape the covered torso in a way that compensates for non-existent or fallen shoulders and chest, and enhances the perception of a slim(mer) waist by incorporating a flaring effect above and below the waist.

In a culture that has long paid lip service to an idea that men don t care about their appearance, this seems surprisingly contradictory.

We know that many animals involuntarily ‘raise their hackles’ (the hair on their necks and shoulders) when a treat of competitive situation appears; The enlarged upper body is meant to project a threatening, physical mass and therefore strength. That suggests that part of the reason for the signaling of mass and strength of men’s suits, may be a parallel signaling.

This corresponds to what many women claim about women’s dress: tat they dress intimidate other women at least as much as they do to attract men.

Beyond the idea of the suit as competitive device, it also contains men and tends to force them  to stand erect, arms at side,; and neckties are a clear symbol of social cooperation in ways that parallel the feminine accessory of the handbag, or the  way women’s  high heels force them to walk in precarious feminine ways, that suggest vulnerability and fragility.

Beyond the significance of the suit, the formal handshake becomes another paradoxical convention: it is at once a minimal, rudimentary gesture of social engagement, and a potentially informative (if nuanced) exercise in what may be the most significant sense  experience that can occur between two living creatures: the sense of physical contact, of touch.

The combination of the suit as containing and forbidding fortress, in conjunction with the controlled, but subtly communicative handshake, is intended to examine the way the two go together in conventional social and business encounters, with a particular concern for the significance of the handshake: what information is transmissible through the handshake, what  variations exist in this encounter of touch. 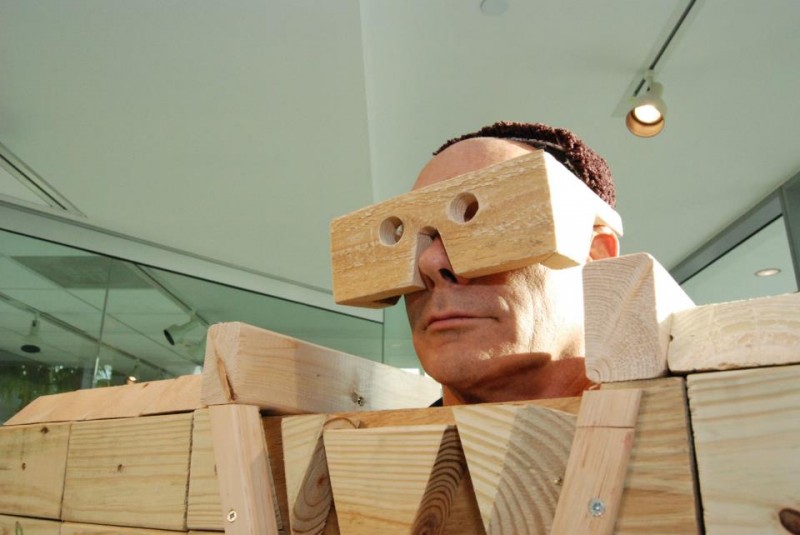 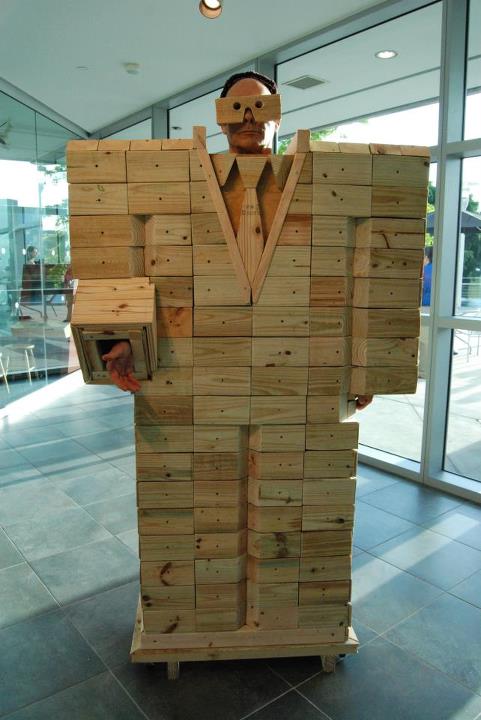