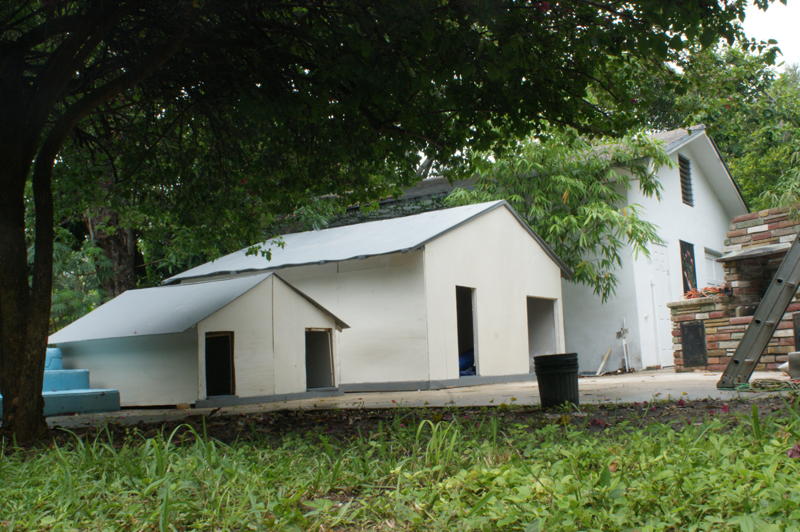 The central event here is a series of stepped-down videos of the artist as a live, ventriloquist’s dummy, accessible, but not immediately visible behind a partition at the rear of the full-sized gallery space The dummy is silent, but an audio track recites a 30-minute slow-mo soliloquy, wherein each word is pronounced as if disconnected to the words preceding and following it, as if electronically generated.

Like a TV talking head, the dummy’s image is projected onto a wall in the main space just outside the partitioned area. In turn, a video cam at the rear of this space captures the space and the TV image, which are then projected to a TV in the second space, where another video cam picks up that image, projecting it onto the third and smallest space.

Three spaces, three images, each time becoming smaller but gaining a wider perspective, of a simple event: as if the Wizard of Oz were a ventriloquist dummy whose image is projected down a series of ever-descending versions of itself; each time diluting itself into a more distant but wider series of similar but diminishing spaces.

Each of the three spaces contains a perpetually rocking chair stenciled with eagle icons, an unrolled length of wallpaper printed with sheep and an armed soldier, and a  ‘product’ represented by beverage cans in three sizes.

Small Medium and Large: Bringing it Home intends to highlight the recurrence of hierarchy in our social systems; as a function of consumerism, social class, proximity to power and of the consumerization of information and its stepped-down dissemination.

The show’s structure means to illustrate the way real events are translated to video, the way scale can reveal aspects of even the simplest information in different ways, and the way the re-representation of an event alters one’s perception of it. 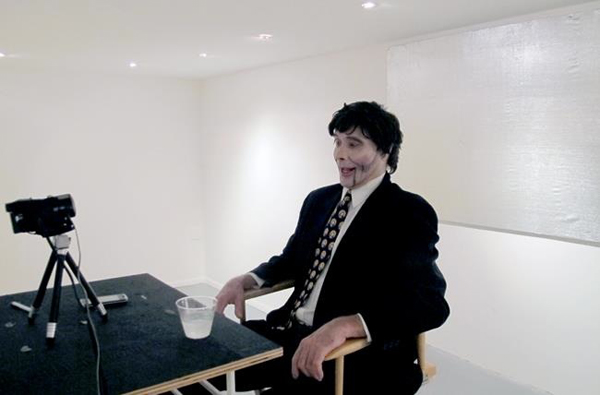 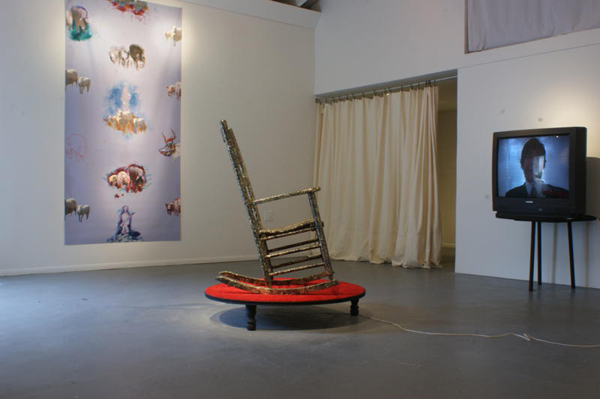