Artist and Performer David Rohn has developed his diverse original characters through time and perspiration. Whether as a transvestite at an Eighth Street motel, as Katzenjammer, an art collector showing his collection in the Design District,as himself (at a moving performance at the Snitzer Gallery last summer), or more recently as Esperanza, (the tallest and purest bride in history) in his ‘Marry Me (Western Union)’ series at Carol Jazzar Contemporary Art. Rohn is always intense, unpredictable, and witty. Above all, he’s authentic. 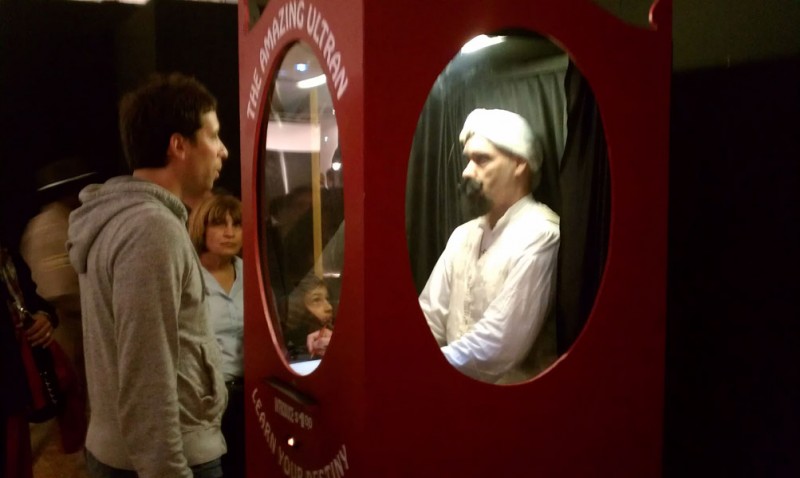 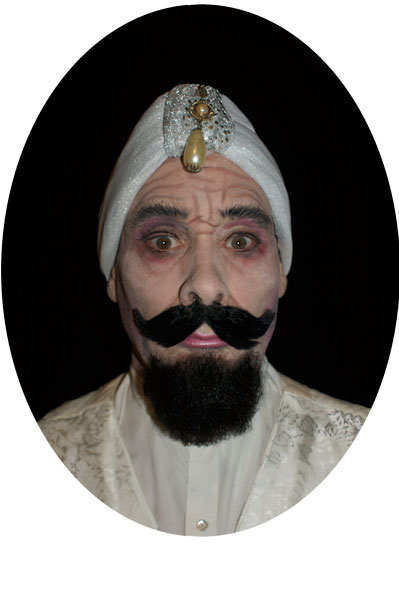 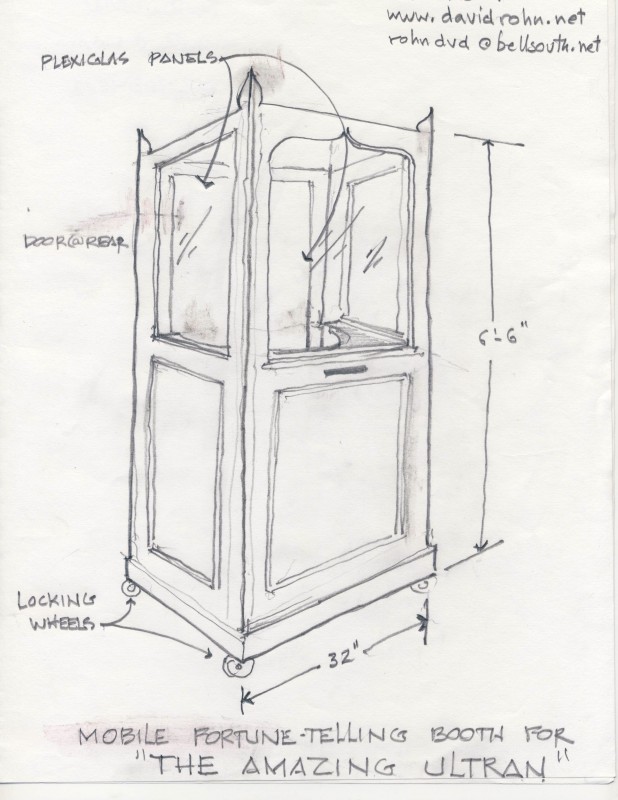 Miami-based Media and Performance Artist David Rohn, presents ’The Amazing Ultran’ , a live simulation of an automatronic fortune teller like the ones that were a fixture of Carnivals, Pier Parks and County Fairs. in the last century, and which were themselves derived from the Seers and Fakhirs who were exotic attractions dating back to Medieval Fairs.

For a dollar, The Amazing Ultran will deliver a written ‘fortune’ from his booth at the front of the Scope Fair tent.

Rohn’s work, which has included 18th century French Aristocrats extolling the glories of force-fed goose liver pate as a metaphor for over-consumption in some economies, to blow-up sex doll art collector-wives, and robotic silver-haired political candidates, typically involves interaction with a live made-up character. The automotronic fortune-teller follows ‘Art Dummie’ a depiction of a ventriliquist’s dummie that, as in the upcoming project, represented a real-life simulation of a simulation of real life human presence.